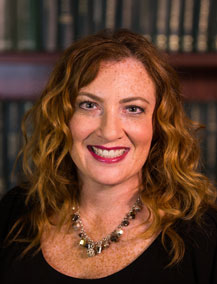 Ms. Weinroth has been an attorney with Mattleman, Weinroth & Miller, P.C. for more than 19 years.  In her tenure with this firm, she has handled a myriad of legal matters including, but not limited to, family law and matrimonial matters, creditors rights, criminal defense representation, general litigation, and traffic municipal court offenses.

Ms. Weinroth currently concentrates her private practice on matrimonial and family law matters representing a wide variety of clients in all types of family law matters including divorce, child custody, child support, equitable distribution and domestic violence.  As a professional divorced mother of twins, Ms. Weinroth is passionate about helping others resolve their own family issues economically and positively.

Ms. Weinroth can often be seen on the soccer field or track watching her children.  When she is not rooting on her children, she enjoys relaxing on the beach, reading a great book and laughing with friends and family!